F1 to carry 23-race season as Chinese GP not changed

Formula 1 opts to not exchange Chinese GP, which was set for April 16 earlier than its cancellation as a consequence of Covid measures; there’ll now be four-week hole between third and fourth races of season (Melbourne and Baku); all 23 races this 12 months – an F1 report – dwell on Sky Sports F1

Formula 1 have formally confirmed a 23-race season for 2023 after opting to not exchange the cancelled Chinese Grand Prix.

Discussions had been held with quite a few promoters about filling the April 16 slot – with Turkey and Portugal mooted – however the resolution means there shall be a four-week hole between the third and fourth rounds of the season.

The Australian GP takes place on April 2 and the Azerbaijan GP on April 30.

The Chinese GP was cancelled for the fourth 12 months in a row originally of December as a consequence of strict Covid measures.

The sport had been set to return to China for first time since 2019 however with the nation persevering with to implement a zero-Covid coverage, which has led to heavy restrictions and continued lockdown, F1 determined it was not possible to carry a race on the Shanghai International Circuit.

F1 2023 begins with pre-season testing on February 23-25 earlier than the primary race of the season, the Bahrain GP, on March 5. 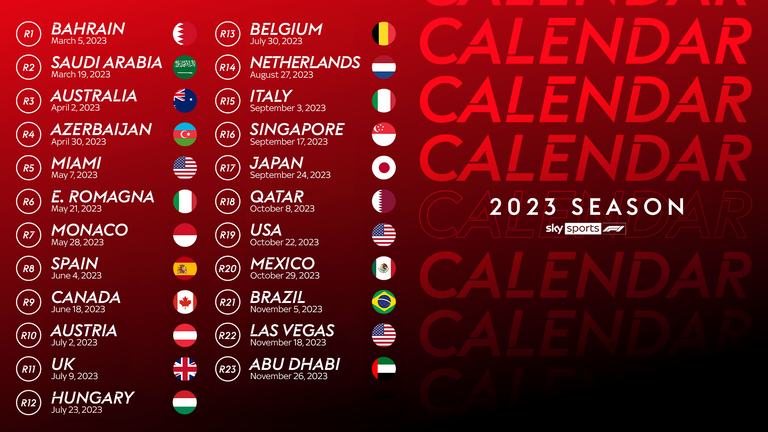 Taking a take a look at Arkansas' switch pitchers

Taking a take a look at Arkansas' switch pitchers